“…Halterm is the only container terminal in Eastern Canada that can serve mega container vessels. It operates three container berths covering more than a kilometer of quay length with depth of up to 16 meters. The terminal is currently undergoing further berth expansion, including the delivery of a fifth super post-Panamax quay crane, which will enable Halterm to handle two mega container vessels concurrently in 2020.

The Port of Halifax connects to more than 150 countries and generating $2 billion in annual economic benefit from a diverse cargo and cruise business. It accommodates large volumes of containerized cargo, roll-on roll-off cargo and project cargo of any size. It is the first inbound port and the last outbound port of call for North America’s east coast, located only about 50 nautical miles from major shipping lanes (Great Circle Route) from Europe to North America. The Port of Halifax also has excellent highway connections for Atlantic Canada’s high-value exports. Together with CN, it offers double-stack and reefer service coast to coast as well as a continuous line from Halifax to Chicago, Detroit and Indianapolis connecting the U.S. Midwest.

Read the rest of the article on maritime-executive.com 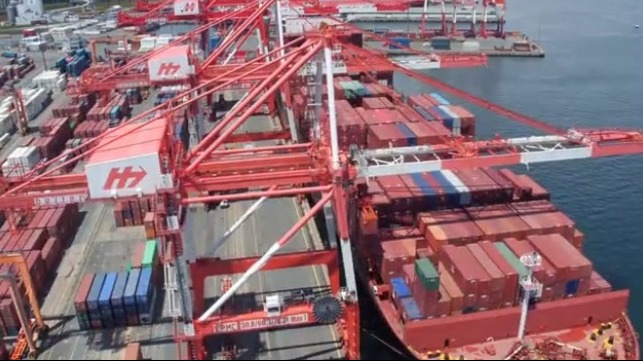 Alfa Laval is no newcomer to the marine industry, but rather a world-leading supplier with a full century of marine experience. PureBallast 3 was specifically developed for the demands of the marine environment, with the needs of marine customers firmly in mind.

Our work in ballast water treatment is part of a larger effort. Alfa Laval is committed to meeting legislative demands with workable, sustainable solutions that go unnoticed on board.

Service around the world

Alfa Laval is present from start to finish. Advice, documentation, design assistance and thorough support during new installations, retrofits and commissioning are a clear part of our offering in ballast water treatment.

So is ongoing access to parts, services and expertise.

Alfa Laval service experts put uptime, optimization and availability in focus. Accessible 24/7, our service organization combines local presence in ports worldwide with a vast base of global experience. Through PureBallast Performance Agreements and other services, our experts extend performance and ensure cost-efficient peace of mind.