As an industry, we’re used to thinking big. Ships carry the output of the world’s farms, factories, and mines to every land with a port. Storms visible from space, waves the height of tower blocks – these are all in a day’s work. But one of the biggest challenges the industry faces comes from some the tiniest of things. And the threat they pose to the safe operating of the global fleet may become considerably worse.

A new regulatory regime, which comes into force at the start of 2020, will bring sweeping changes to the variety and availability of marine fuels around the world. For ship operators, running engines reliably and safely will inevitably require greater understanding and more sophisticated fuel handling strategies than today. The scale of the coming challenge is – even now – impossible to accurately predict. But the success that ship operators have in avoiding problems will in large part come down to the actions they take in the coming months.

On 1 January 2020, the global shipping industry will enter the low-sulphur era, in what will be the industry’s biggest regulatory upheaval since the MARPOL 73/78 conventions, and one of the biggest operational changes it has ever faced. From that day, all shipping will need to comply with the International Maritime Organization’s (IMO) strict 0.50 percent (mass/mass) limit on sulphur in fuels.

The 0.50 percent limit is considerably lower than the current 3.50 percent limit introduced in 2012 and is in addition to the 0.10 percent limit in Emission Control Areas (ECA). While the IMO rightly describes the new limit as a victory for the environment and human health, for the shipping industry, it is shaping up as a major headache. Because, unfortunately, removing an environmental hazard means introducing a mechanical one, namely cat fines – tiny particles that, if not caught, can wreak havoc on engines.

Marine fuel oil has never been what one could describe as a glamorous substance. Starting from crude oil, refiners distil and extract high-value products from the top of the distillate column. From gases and gasoline, down through aviation fuel and diesel, then lubricating oils, until what is left – a thick, black residue – is used to power ships and make bitumen. It’s not pretty, but it has literally helped create the modern world.

The problem with sulphur

When engines burn fossil fuels, they release sulphur oxides (SOx), which, in the atmosphere, contribute to a range of health and environmental problems, such as respiratory disease in people and animals, and soil and water acidification.

Sulphur occurs naturally in all crude oil and is found in higher concentrations in the highest-boiling residual fractions of the distillation process. This means that from the start of 2020, fuel production will need to change to better deal with that sulphur, and ship operators will face more complex fuel choices than ever before.

Ships running liquid natural gas (LNG) will have no problems complying – but LNG ships make up a small fraction of the global fleet, and are expected to stay that way for decades, due to high investment costs and lack of supply infrastructure. Many other ships will continue to burn high-sulphur fuel oil (HSFO), relying on scrubber technology to clean their exhaust gases to a compliant level. But for the majority of the fleet, 2020 and beyond will mean choosing from a growing range of low-sulphur distillates, blends, and – to a lesser extent – new fuels made from vegetable oils.

Each new type of fuel will introduce a range of operational and economic variables to consider. Exploring all of those variables is the subject of a separate article, though it’s worth noting broadly that variations in viscosity, lubricity, and temperature have profound implications for the safe, reliable operation of the engines, pumps, and other equipment.

But of all the variables present in the low sulphur era, perhaps the most potentially damaging is the presence of cat fines. While cat fines have long been a known but manageable fact of life for shipping, the coming low-sulphur era will put a new spotlight on them as a growing risk factor for ships’ engines and operators’ budgets.

So, what are they?

How cat fines are formed

Modern refineries first use atmospheric and vacuum distillation to remove the most volatile, higher-value products from the top of the distillation column. They then “crack” the remaining crude oil into its various fractions using thermal and catalytic processes. In catalytic cracking, the refiner adds physical catalysts to break the oil molecules.

The catalysts used are various forms of synthetic crystalline zeolites – mineral compounds of aluminium and silicon that are highly porous and extremely hard.

Catalysts are expensive, and refineries recover and reuse what they can. But beyond a certain point, it’s no longer practical – nor is there economic incentive – for the refinery to try harder. Cat fines are the particles that get left behind. They remain in the bunker fuel. And they are pumped into your ships.

Marine fuel specifications are set by the international standard ISO 8217 which limits the cat fine concentration in bunker fuel. Fuel produced under the current version of the standard is limited to 60 parts per million (ppm). This limit is fundamentally a compromise – if it were set any lower, global supply of bunker oils could no longer be secured. But even at 60 ppm, cat fines pose a major problem for engines, and manufacturers, such as MAN and Wärtsilä, recommend that fuel entering the engines should have cat fine concentrations of 15 ppm or lower.

The nature of cat fines

Physically, cat fines are irregular in shape and, in bunker fuel, vary from sub-micron size up to around 100 μm – roughly speaking, from the size of a speck of dust up to the width of human hair. Their density also varies but is generally slightly higher than that of heavy fuel oil (HFO). Larger cat fines will settle in oil, but small particles with low densities will not.

Of all cat fines’ physical properties, though, the most problematic for ships is hardness. Cat fines are extremely hard – measuring up to 8.2 on the Mohs scale, where diamond is 10 – and easily capable of scratching and becoming embedded in steel surfaces.

The damage they do

When cat fines make it through an injector, they can become trapped between the cylinder lining and the piston ring, a gap of around 3-5 μm. Any particle larger than that can cause abrasion. With every stroke of the piston, the cat fine will be ground through the smooth surfaces, carving tracks that build up over time. Fuel pumps, injectors, valves, and other components are also at risk. And even the smaller particles can do significant damage.

It’s tempting to think of this type of abrasive damage as normal long-term mechanical wear and tear. And in many cases, that may be all it amounts to. But cat fines in high concentrations can also cause acute, catastrophic damage in a remarkably short period.

One report available online describes a cat fine attack that crippled an engine in only 100 hours of use. When the engine was stripped down, engineers found “all pistons and liners were totally destroyed and had to be changed”.

It goes without saying that damage of this nature is extremely expensive, with reports of claims running from USD 300,000 to USD 1.5 million. This in turn makes cat fines not only a problem for operators, but also a major concern for the insurance market.

A sleeping problem that’s waking up

Cat fines are not a new problem. Catalytic cracking became widespread in the 1970s, as rising oil prices forced refiners to extract more valuable products from their crude. As a result, the first reports of cat fine damage began to flow in the 1980s. While it is always a challenge to remove cat fines at sea, the on-board equipment to reduce contamination levels (which we will discuss in Part 2 of this article is based on mature, well-understood technologies.

Unfortunately, this familiarity has led to a certain level of complacency in the industry. If, as expected, cat fine contamination becomes more prevalent post 2020, this complacency could prove extremely costly to operators who don’t update their knowledge and practices.

A recent article in Marine Propulsion should be enough to shock many operators into paying fresh attention. The article cited an ExxonMobil analysis of more than 400,000 oil samples, which revealed that 43% of vessels have a potentially catastrophic issue with cat fines. Even if only a fraction of those potential problems is realized, it’s still serious money, time, and disruption at stake.

It has also been reported that in a three-year period, MAN’s PrimeServ team found that cat fines were implicated in 190 of 226 cases (84 percent) of cylinder liner damage.

As we described above, cat fines are a by-product of cracking and sulphur removal. The more that oils are cracked and sulphur is removed, the higher the cat fine level. As Paul Hill of Braemar has succinctly expressed, “It is a fundamental trade-off between the engine and the environment. You cannot have low sulphur and low cat fines.”

With the OPEC World Oil Outlook 2040 forecasting that 138m million tonnes per year of additional cracking capacity will be added between 2017–2022, we can be sure of considerably more cat fines entering the world’s bunkers.

Adding to the problem of higher cat fine levels, anecdotal observations suggest new catalysts coming into production are producing even harder cat fines making their way into fuel. And if that wasn’t bad enough, low sulphur fuels also tend to be less lubricating than heavy oils, meaning that abrasion is exacerbated.

A side effect of the current sulphur caps is that cat fines levels – and associated damage –have significantly increased. The step-up to 2020 compliance could raise the problem to a whole new level. Lloyd’s Register’s Fuel Oil Bunkering Analysis and Advisory Service (FOBAS) monitors bunker quality at ports around the world and issues alerts when problems arise. Operators should, of course, pay close attention to these and other reports. But it’s vital to note that cat fine damage can occur even when fuel is fully compliant with ISO 8217.

What this all adds up to is that an old problem is taking on new dimensions. In Part 2 of our cat fines discussion, we’ll look at the solutions and discuss how operators will need to step up their game or face significant costs. 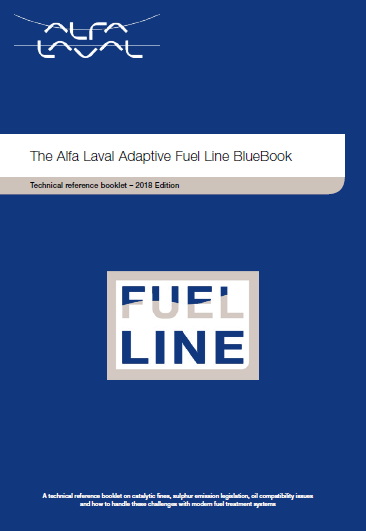